Market, Traditionalism vs. Modernism[1]: In this 20th century, there are so many things that cannot be count by oneself only. It is like to talk about market, either traditional market or modern market. As we know that there are so many competitions between one people to another moreover in economic side.

Talk about competition we can see it from many side of perspectives, but in this case we try to talk this from International Relation paradigm. In this day, as all we know that people tends to shop in modern market with the reason why to choose it. It may be they are live in city with many crowded surround. But beside that there is too people who try to take shop in traditional market with specific reasons too.Talking about assets it was not separated with talking about national interesting. Well because this topic has a tendency in economic sector, so I want to explain you first about Indonesian economic. Until this day the Indonesian economic still in instability condition, we can see it from the society life, where more than 75% people live in poverty. Economic is one of the important assets in Indonesia, because it round up all the national interesting generally (Hasbi Azwar).

But now with standing (but unfortunately), from the reality today many Indonesian assets were owned by foreign people through their enterprise and many other companies where their activities have been out from government supervision. Now I will give you an evident through this case that, According to the data from The Economic Supervision Agency of Indonesia it has been 90% Indonesian assets were powered by the foreign people (Suparman Rasyid).

Powering into many of economic interesting in Indonesia through globalization, privatizations, and many other foreign capital infestation that has been done by giant capitalism enterprise make it gradually decreased. So I thing we are as the Indonesian citizen should not allow this situation continuing over the years. Please think, this is our nation why should our asset powered by other people. Please made it powered by our government as the supervisor. We have to do our legal institution for re-asset our national interesting (Aswin Baharuddin). Solution Discussion: All things or sectors should be nationalized into the government supervision, by advising the government to do something to re-asset our have. All things that have a value for publican should be owned and under supervised of the Indonesian government (Adi Rio Arianto).

Manunggalism and the World Order in the Era of Manunggal 21st Century : The Role of Indonesia-China Cultural Cooperation in Building the Future of World Security Architecture by Promoting the Values of Mutual Cooperation “Gotong Royong”, Unity, and Harmony 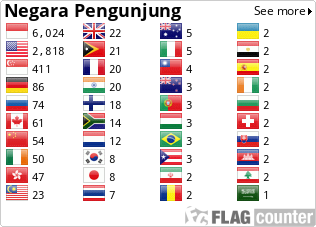